You haven’t provided any comments yet.

See what others are saying

Over 130 people submitted answers in the first phase of the Lewisham Healthy Neighbourhoods consultation in East Sydenham.

We asked people to submit comments about the East Sydenham area on the StreetBuilder website, and/or attend co-design workshops. This way we can understand how people feel about traffic, noise, air quality and other aspects in the area.

We received over 130 submissions about 292 locations in East Sydenham. Since July the community has given us feedback where the traffic issues are most problematic.

The bar chart below shows the number of times people uploaded a comment with a location for each issue. 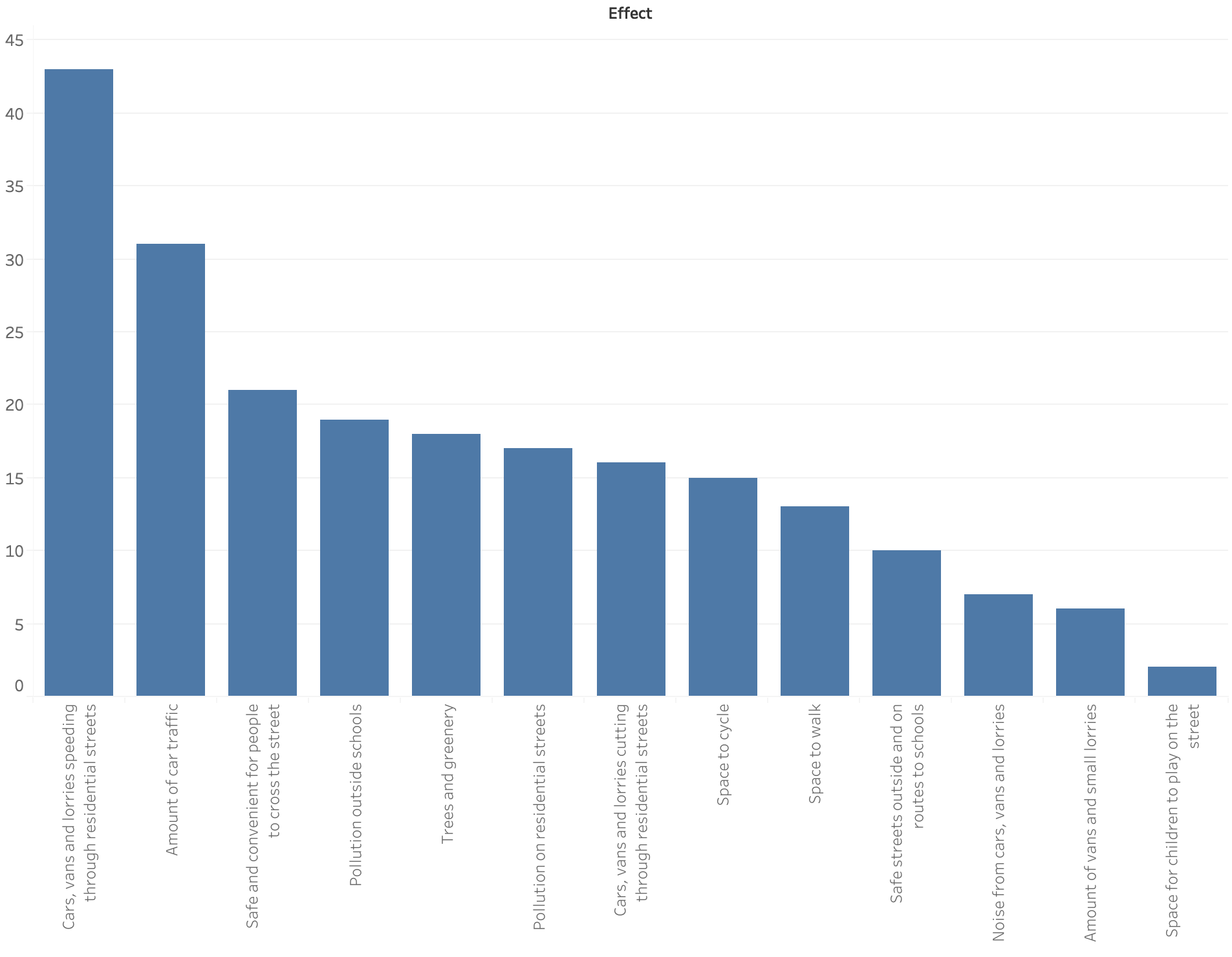 The maps below show locations for certain issues. People have identified locations where they feel the amount of traffic or rat running is an issue. There were a number of roads that were mentioned frequently: Sydenham Road, Mayow Road and Perry Rise. 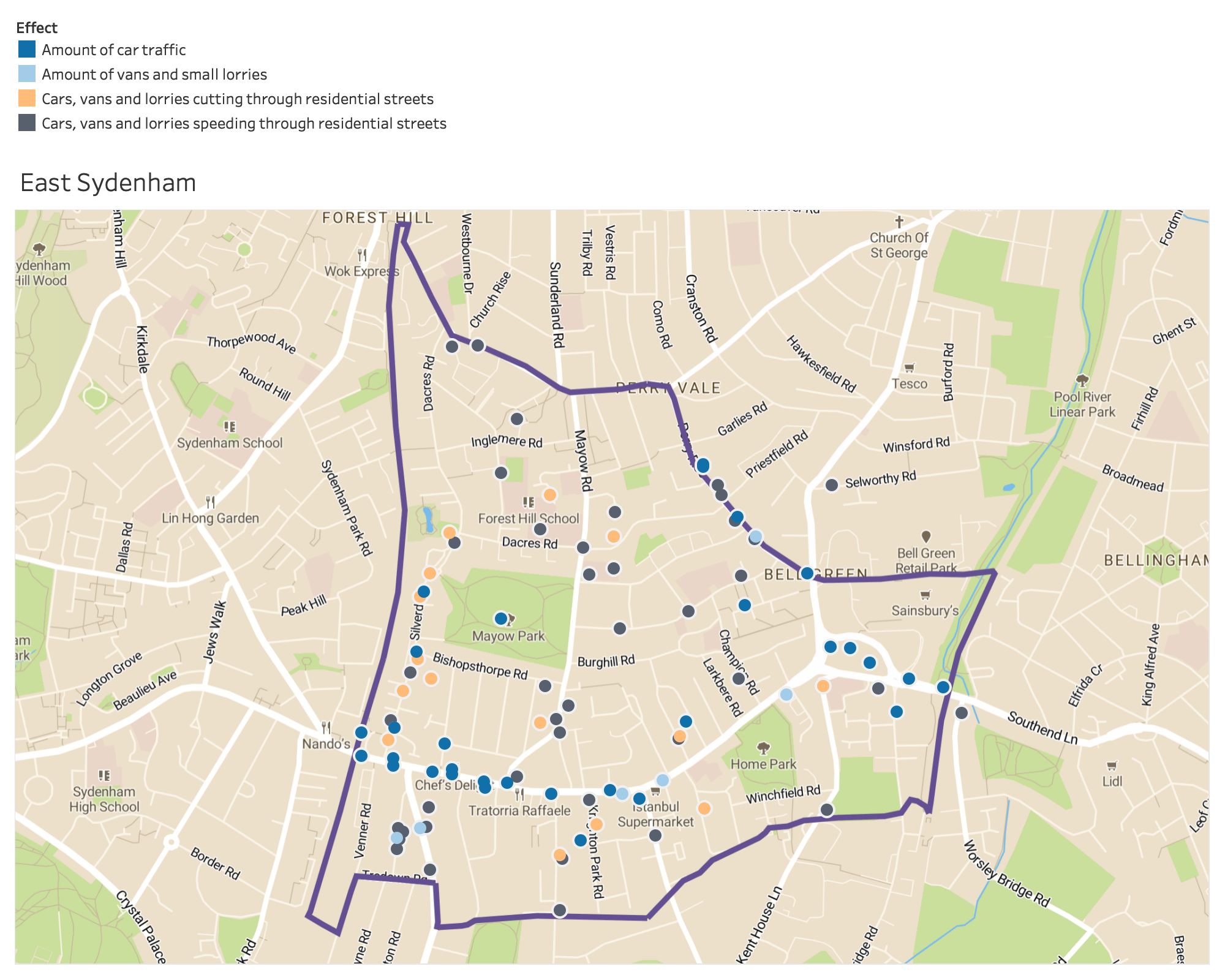 People have commented on the need for safe space for pedestrians and cyclists particularly at the Sainsbury’s in Bell Green. 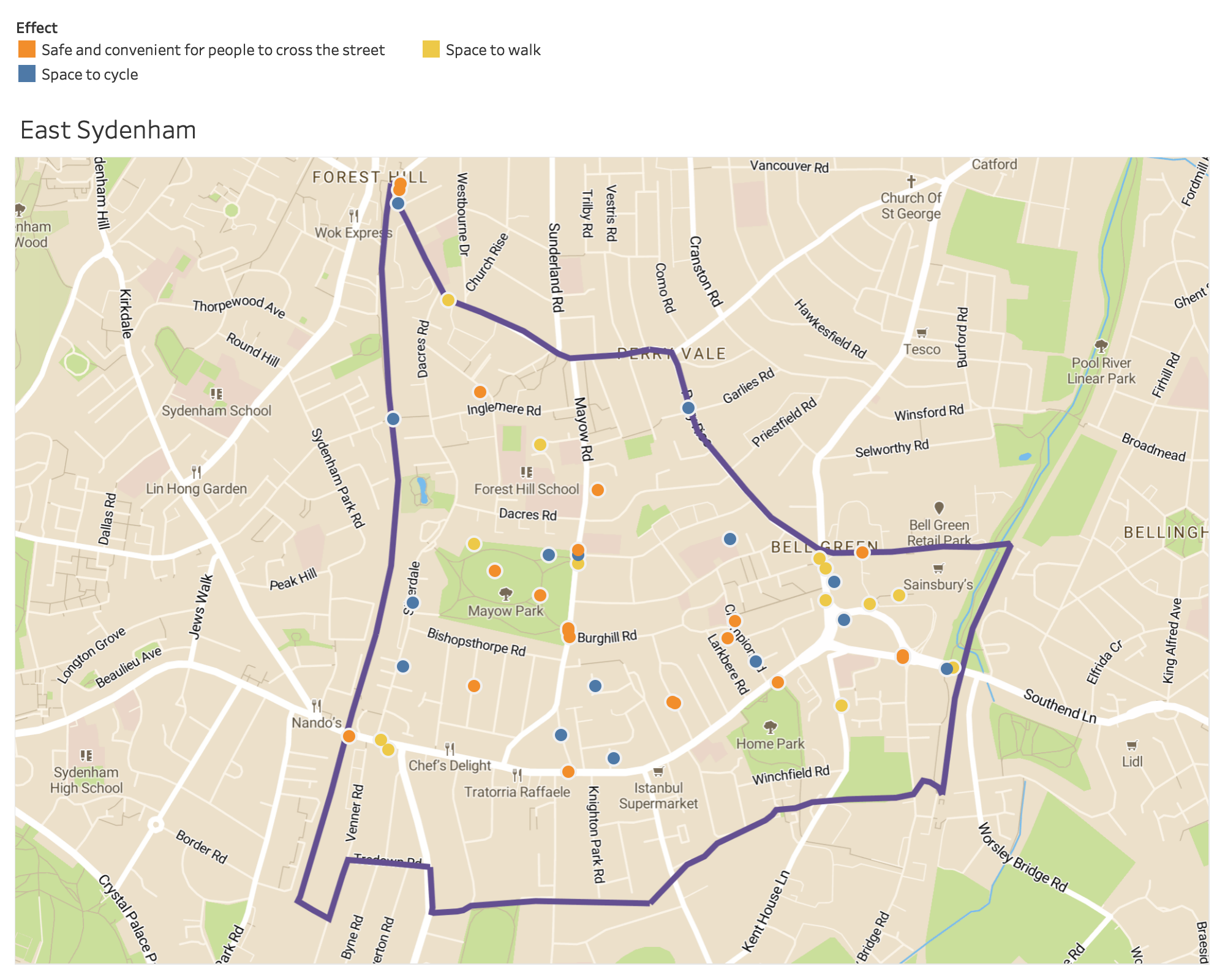 Pollution outside schools has also been highlighted as an issue that concerns many locals. People specifically commented on the area of Haseltine Primary School. 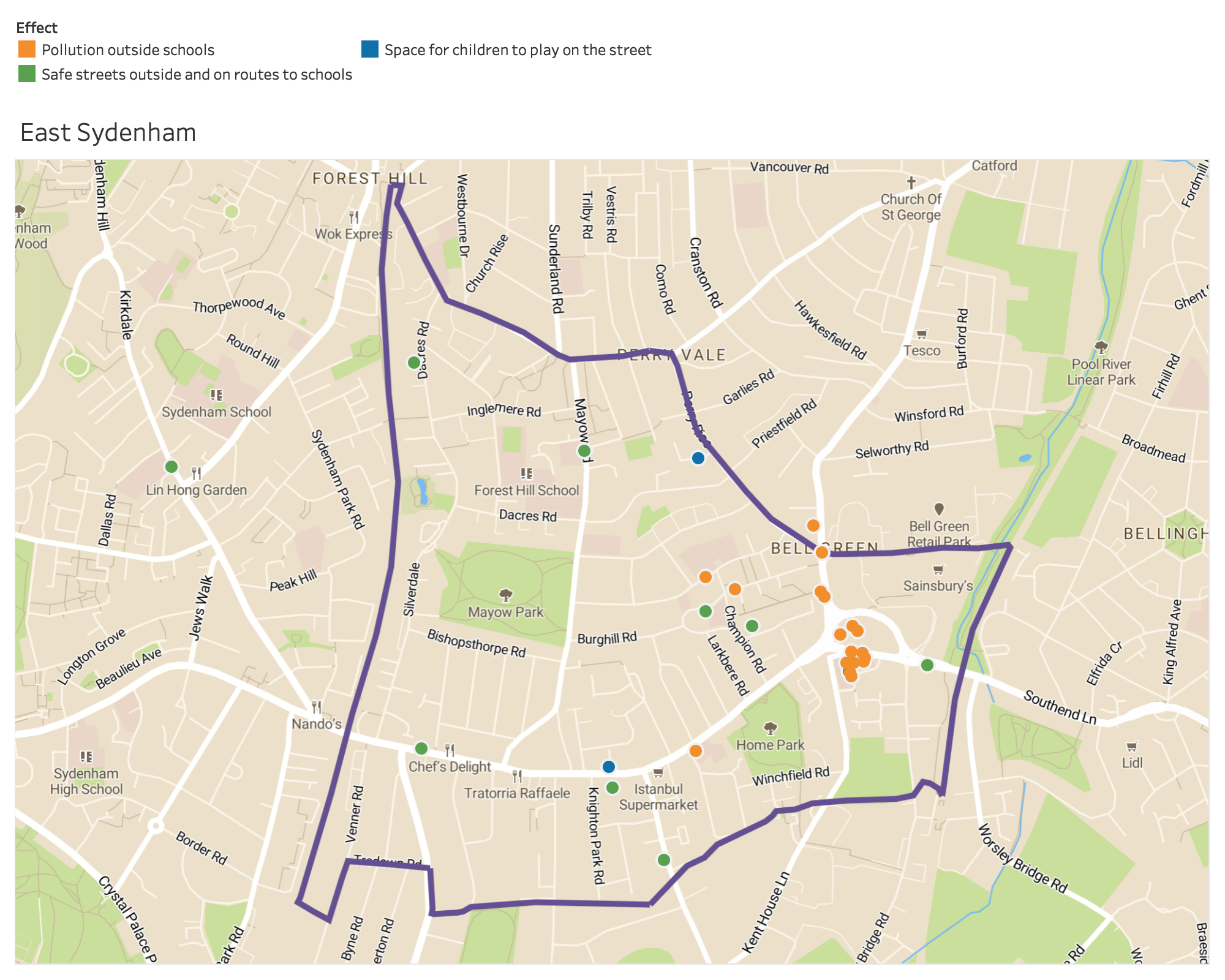 The second phase of the consultation has now started. Tell us what you think should be built to make your neighbourhood healthier. Click the “Start” button on the main page and submit your preferences by 26th October.

You can also discuss the feedback data in more detail at the next public workshop.

Most recent comments from the East Sydenham area

You are one of


people influencing the future of your local area so far

“Amount of traffic on the street”

is the hottest topic among your neighbours